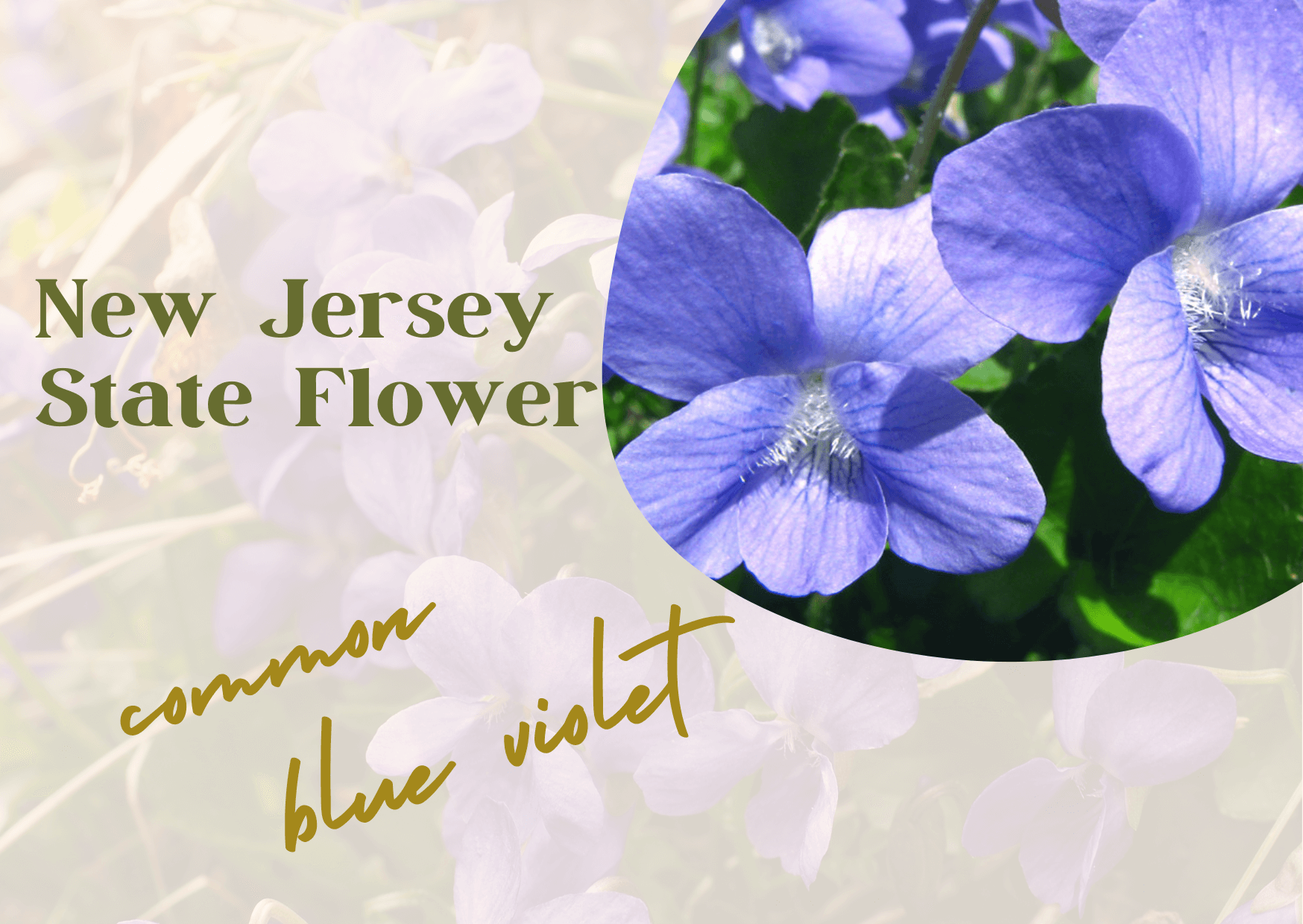 The state flower of New Jersey is the is also known as the "common blue violet" or the "meadow violet" and is scientifically called as Viola sororia. The violet was designated as the state flower by the New Jersey State Legislature in 1971.The Viola sororia flower is a small violet flower which is made of five delicate petals. Each petal has a white or yellow spot in the center. This New Jersey flower has leaves that are heart-shaped and dark green. This pretty flower commonly comes in blue and purple colors but are also available in pink, white, red and sometimes coral shades. The flowers grow in clusters and start to bloom in April early spring and flourish in abundance till the late summer months. The perennial is frequently seen growing along roadsides spreading their mild scent in the air.

Meaning and Significance of Viola sororia -

The Latin name Viola, which means thoughts filled with love, is where the word Violet originates from.This asymmetrical flower in Jersey City NJ with heart-shaped leaves is not pleasing to eyes or just an official flower of New Jersey but also has great significance in various cultures. The common blue violet is frequently regarded as a symbol of innocence and also represents "Modesty" and "Humility." Violets are a representation of faith, inspiration, spirituality. In other cultures common blue violet is believed that their presences will protect you from evil spirits and negative energy.

With Flower now florist Jersey City NJ, get this lovely violet flower home and let the scent linger around. You can also check out the range of flowers online.

5 Great Plants to Give as Gifts in Cliffside Park NJ

Anniversary Flowers For A Romantic Evening

* Free local delivery is available for local online orders only. For orders being sent outside of our local delivery zone, a delivery fee based on the recipient's address will be calculated during checkout.